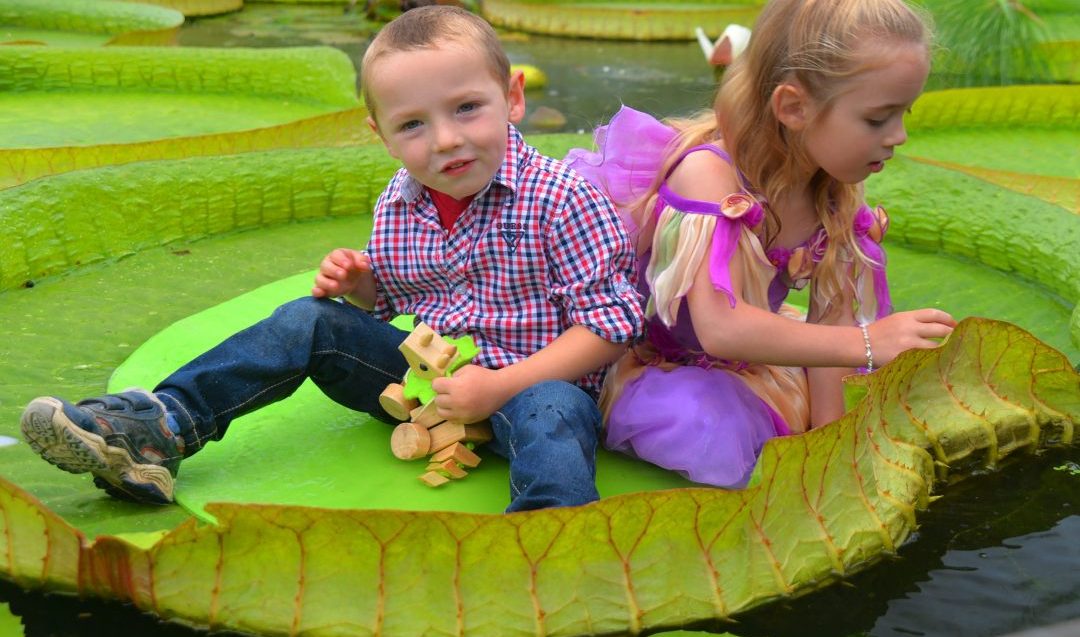 Warning – We don’t allow visitors to sit on the lily pads as they are quite fragile and covered in razor sharp spines underneath.

The natural world contains many rare, beautiful and amazing plants and in our Tropical World Complex you will discover some of the world’s most spectacular ones.

Giant Amazon Waterlily
The Giant Amazon Waterlily we grow is named Victoria Cruziana, which is slightly smaller than it’s cousin, the Victoria Amazonica. The plant is native to the subtropical regions of South America and grows in a slightly cooler habitat to its cousin. The V.Cruziana is a spectacular plant and produces very large lily pads that reach 1.5 – 2 metres in diameter. The leaves are slightly different to the V.Amazonica, featuring higher sides and a greener appearance on the underside. Like it’s cousin, the Cruziana’s leaves and stalks are also covered in razor sharp spines and it produces very large flowers, up to 30cm in diameter.

In the summer of 2015, the Victoria Cruziana Waterlily produced the largest lily pad ever seen in Australia. It measured a whopping 1.75m in diameter. Maybe this year it will be even bigger!

Giant Asian Waterlily
Also known as the “Crocodile Plant” or Euryale ferox is a type of giant waterlily, native to the tropical regions of Asia. This amazing waterlily produces massive spiny leaves over 1m in diameter and covered in razor sharp barbs on both sides. The colour markings and texture of the lily pads also have similar characteristics to crocodile skin. This is why crocodiles have been known to hide under the leaves, because they offer great camouflage from unsuspecting prey. The flower is a very small and beautiful with delicate purple petals often seen protruding through a leaf. The seed is eaten extensively in Asia and commonly called foxnut or makhana. It’s believed the Chinese have cultivated this prickly plant (for food) for over 3,000 years.

Winch Waterlily Collection
Mr Charles Winch was one of the world’s foremost breeders of tropical waterlilies breeding over 600 different hybrids signified by their large colourful flowers and amazing variegated leaves. On display is a selection of his most spectacular varieties. 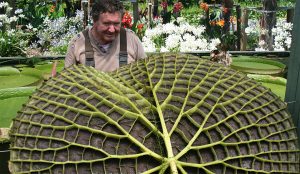 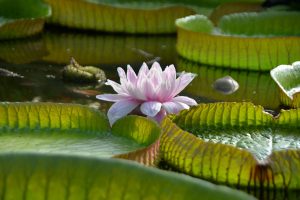 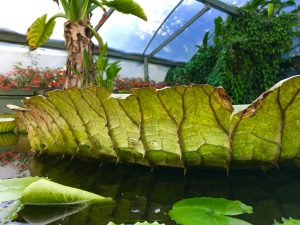 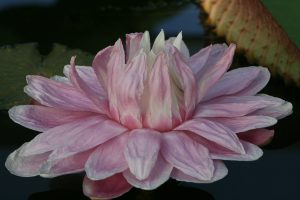 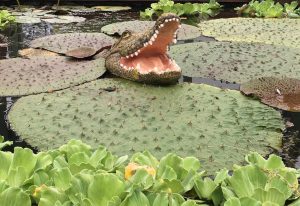 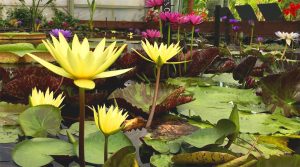 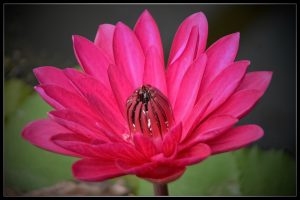